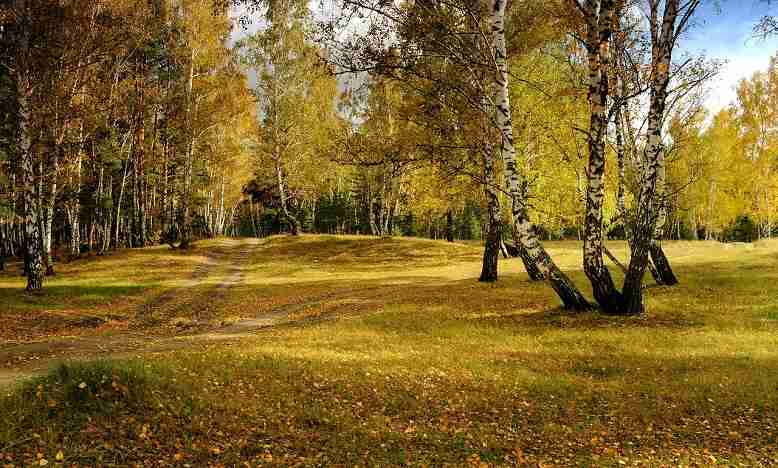 Color Gold is it Lucky or Not – is gold your Lucky color?

Gold is a close relative of the colors yellow, orange, and brown; it denotes warmth as well as coldness. The color gold is associated with power, good health, wealth, and prosperity. 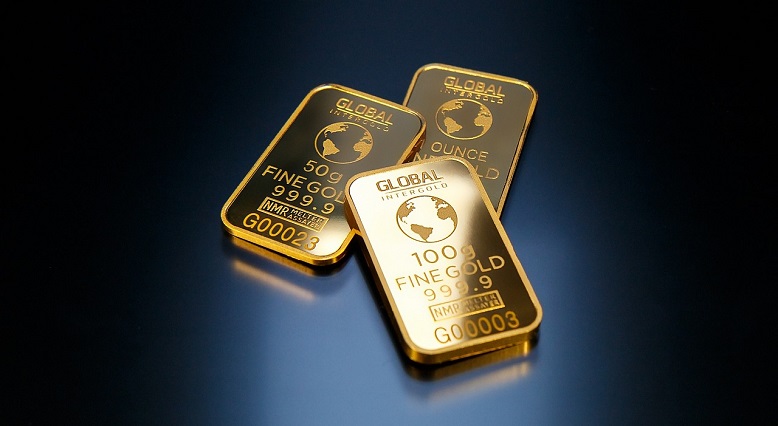 Gold symbolizes the sun that is associated with happiness, optimism, and good luck.

If you wear Gold daily, it gives you power, confidence, courage, and good health, especially when worn around the neck. Whenever I get jewelries of Gold from my relatives on any auspicious occasion or when I purchase Gold, I have noticed that it brings good luck, wealth, and good health for me.

The highest prize or reward in any sports competition, or any such event, is Gold. It is the color of riches and lavishness, and is considered to bring success.

Winning a Gold medal brings confidence and will power; obtaining a Gold star on their mark sheet makes children feel happy and praiseworthy as the Gold star denotes praise and commendation.

Gold is also used as a romantic object. Gift a golden ornament to your beloved on special occasions like birthdays, wedding anniversaries, or even on Valentine’s Day.

Gold strengthens the relationship, and brings happiness and prosperity as it symbolizes wealth and praise.

Gold can make a good combination with several colors and these combinations have their own meaning according to different cultures in different countries across the globe.

Christian priests wear vestments in different colors in combination with Gold for special occasions. These colors are not used in mourning. For that, Black and Gray hold the forte.

In India, Gold is considered very auspicious. Women are seen to wear Gold jewelries like a chain, or ring, or ear-ring, on their body on a regular basis. Even, every girl-child, more or less, wears the minimum – a pair of little Gold ear-rings.

Men also wear the minimum of a finger ring of Gold. Many wealthy people donate Gold in temples, or get jewelries of Gold made for the idols.

An Indian Hindu marriage is not complete or is not considered auspicious if Gold is not given or taken. 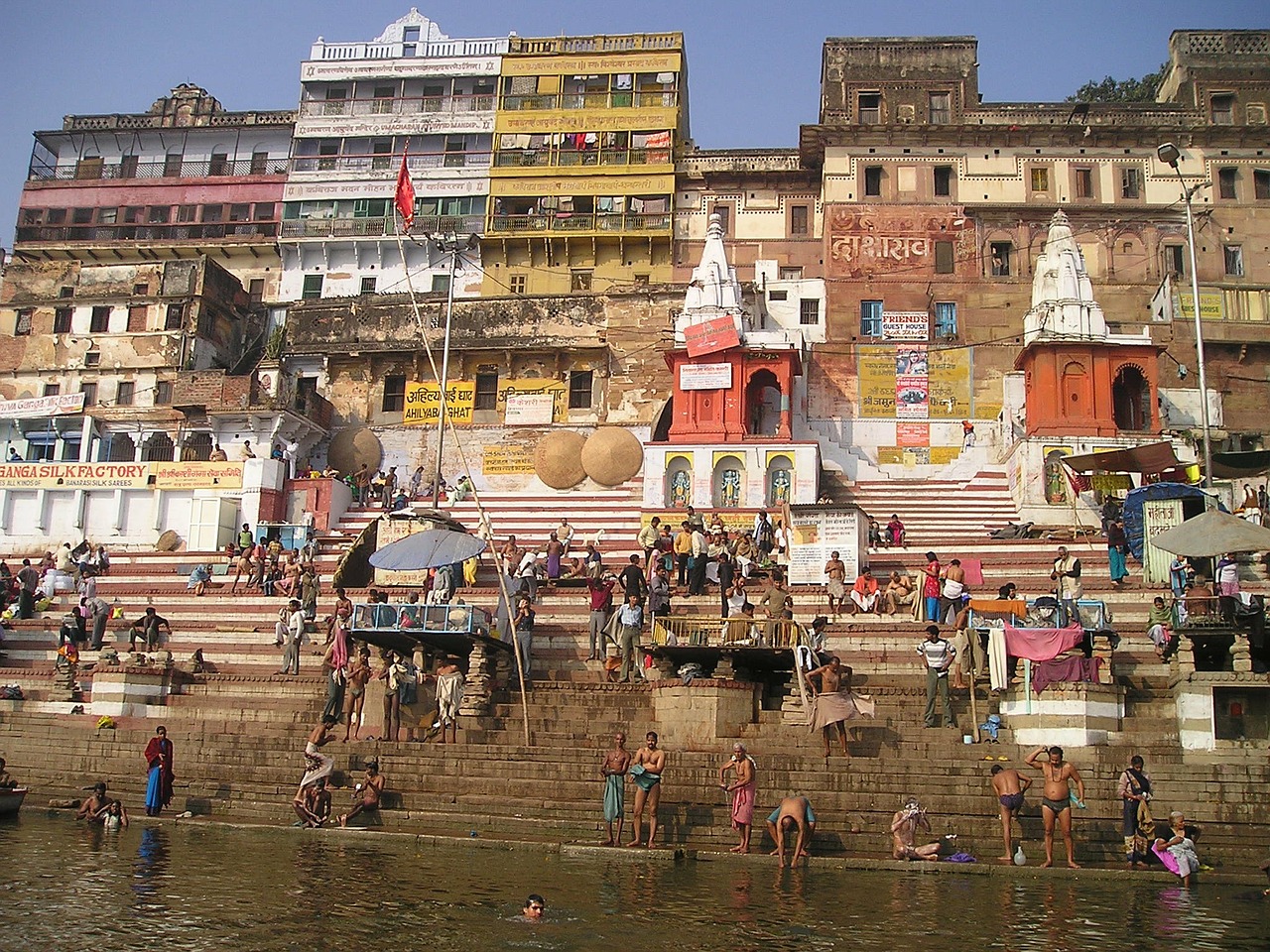 Gold holds the highest value in the Indian society, the obvious reasons being wealth and prosperity. Of course, to attend a funeral ceremony, the Gold jewelry is taken out, and only worn back after returning from the funeral and taking a bath. 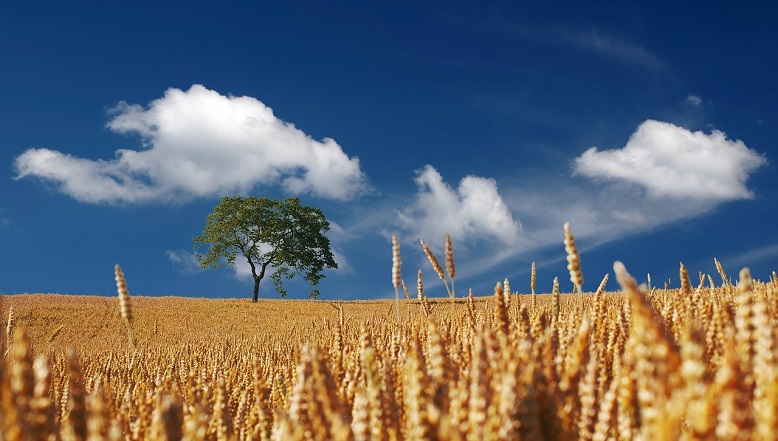 Truth has but one color, a lie has many. ~
Sanskrit Proverb

It is not for the blind to give an opinion on colors. ~
Italian Proverb 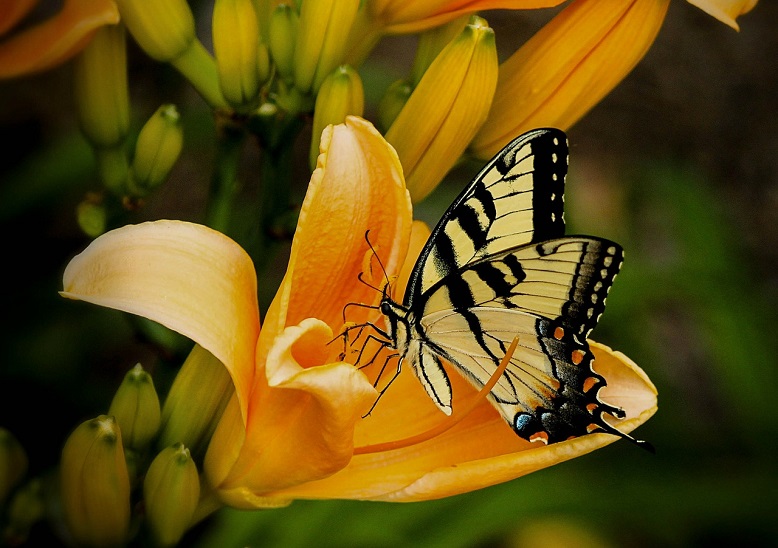 In astrology, if a person has to wear any planetary gemstone encased in Gold, then it is first soaked in milk or the water of the holy Ganges for a day. Then worn on the body.

It is believed that the Gold then will gain more power and help the gemstone to work on the person, for the purpose he or she is wearing it. But there is one drawback – there are certain planetary gemstones that are strictly not encased in Gold; Silver is used for the purpose. It is believed that if encased in Gold, the effect of the gemstone will be adverse on the person. 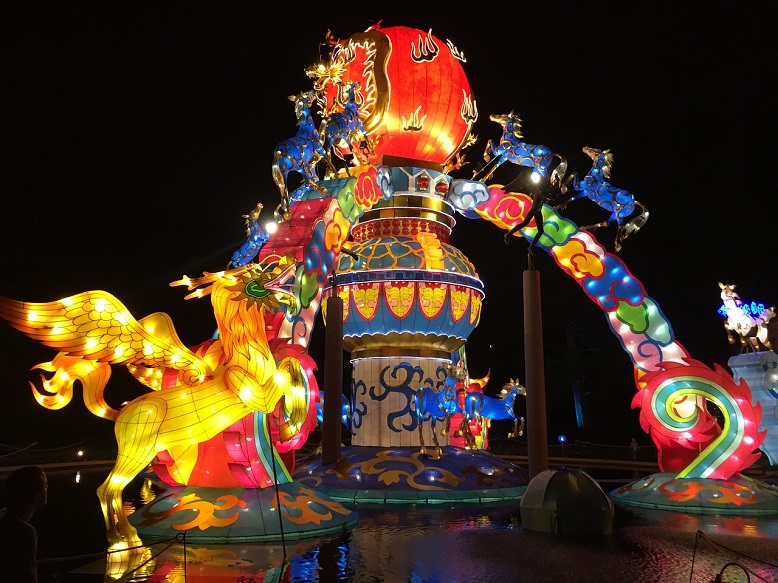 In the Chinese tradition, Gold has great significance. It is a delight to watch the Chinese celebrating the Chinese New Year by using more of Gold and Red than any other color as they are believed to symbolize and bring happiness, good luck, and wealth for the coming year.

Gold is a color that reflects light. It is associated with fire element that is related to expansion and transformation. 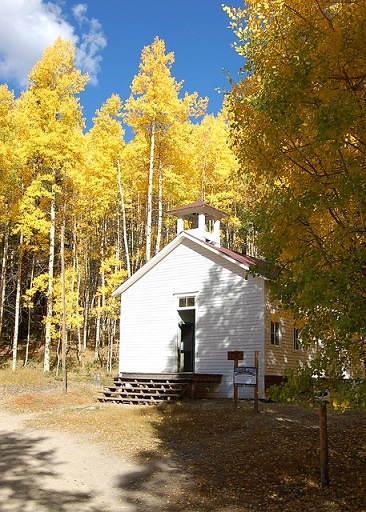 According to the Chinese culture, Gold and Red brings good fortune and happiness with the exception that they are not worn while attending a funeral.

So, you can see why the Chinese use Gold and Red color, separately or in combo – to keep the bad luck at bay, to bring good luck, to bring wealth and happiness. These two colors in combo are believed to bring double good luck!

We all know of the Chinese worship dragon; it is used as a part of decoration on special occasions, especially during Chinese New Year – a dragon mask is worn by a person in the front and the tail part is carried by other people who follow the masked person. They dance and rejoice using this dragon that is the color Gold and Red.

The Chinese do embroidery work on the wall-hangings using Gold thread. The costumes worn by the ancient Chinese emperors had Gold color in them. This glittering color is also used, in China, as the color for mourning for the monks who leave for heavenly abode. 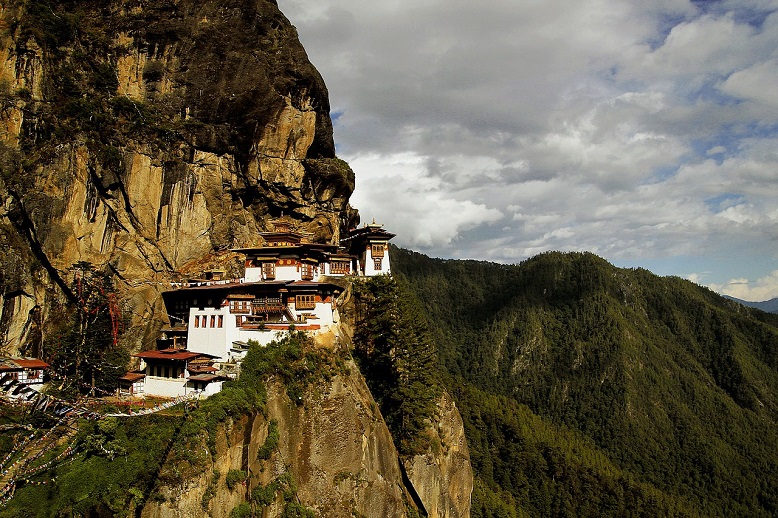 Gold is an important color in Buddhism in Tibet; the statues are made of pure Gold as it symbolizes the sun or fire in Buddhism. The Buddhists never use Gold with any other color. They also make sure that the Gold used in sculptures and paintings is purely 24 karat.

Over the ages, Gold has been a part of the world economy. Until a few centuries ago, Gold was used all over the world, either as coins or simply as gold dust, to complete monetary transactions. Even today in some countries such as China, Gold is used to issue coins commemorating important events, people, or themes. 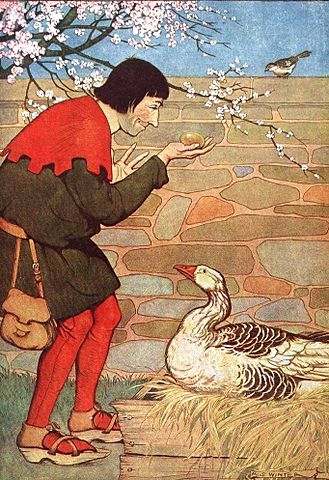 The Goose That Laid the Golden Eggs, illustrated by Milo Winter in a 1919 edition.

The Goose That Laid the Golden Eggs

Killing The Goose That Laid the Golden Eggs is among the best known of Aesop’s Fables and use of the phrase has become idiomatic of an unprofitable action motivated by greed. There are various stories of a goose that lays a golden egg and other versions have a hen laying the golden egg.

Townsend has a hen version of the well-known story about the golden egg: “A cottager and his wife had a Hen that laid a golden egg every day. They supposed that the Hen must contain a great lump of gold in its inside, and in order to get the gold they killed it.

Having done so, they found to their surprise that the Hen differed in no respect from their other hens. The foolish pair, thus hoping to become rich all at once, deprived themselves of the gain of which they were assured day by day.”

The stories all illustrate that too much greed is a bad thing. 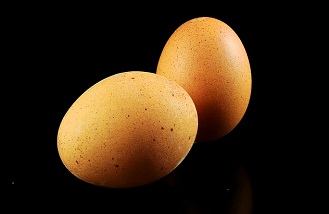 1. A man that hoards up riches and enjoys them not, is like an ass that carries gold and eats thistles. ~ Richard Burton

2. A mask of gold hides all deformities. ~ Thomas Dekker

3. All the gold which is under or upon the earth is not enough to give in exchange for virtue. ~ Plato

4. And should think freedom more to prize, than all the gold in world that is. ~ John Barbour

5. As every thread of gold is valuable, so is every moment of time. ~ John Mason

6. Brass shines as fair to the ignorant as gold to the goldsmiths. ~ Elizabeth I 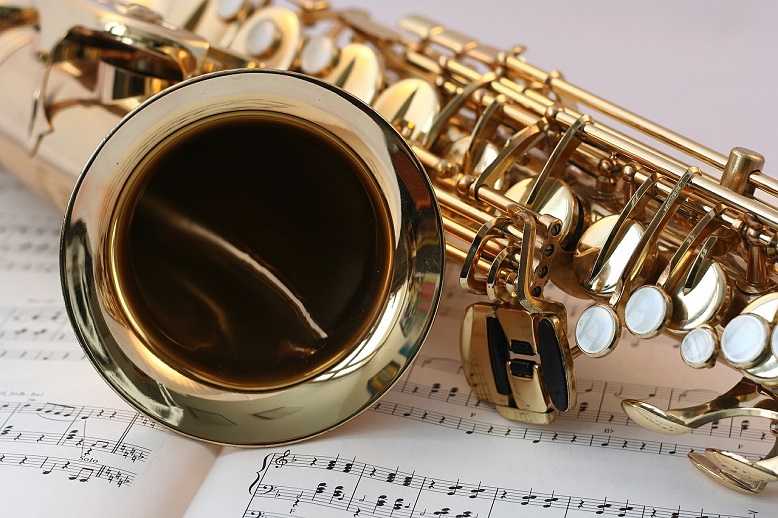 7. But I have learned a thing or two; I know as sure as fate, when we lock up our lives for wealth, the gold key comes too late. ~ Will Carleton

8. Do not hold everything as gold that shines like gold. ~ Alain de Lille

9. Everything has its limit – iron ore cannot be educated into gold. ~ Mark Twain

10. For a short time we lived quietly. But this could not last. White men had found gold in the mountains around the land of winding water. ~ Chief Joseph

11. For in the true nature of things, if we rightly consider, every green tree is far more glorious than if it were made of gold and silver. ~ Martin Luther

12. Gold all is not that doth golden seem. ~ Edmund Spenser

13. Gold and silver from the dead turn often into lead. ~ R. Buckminster Fuller 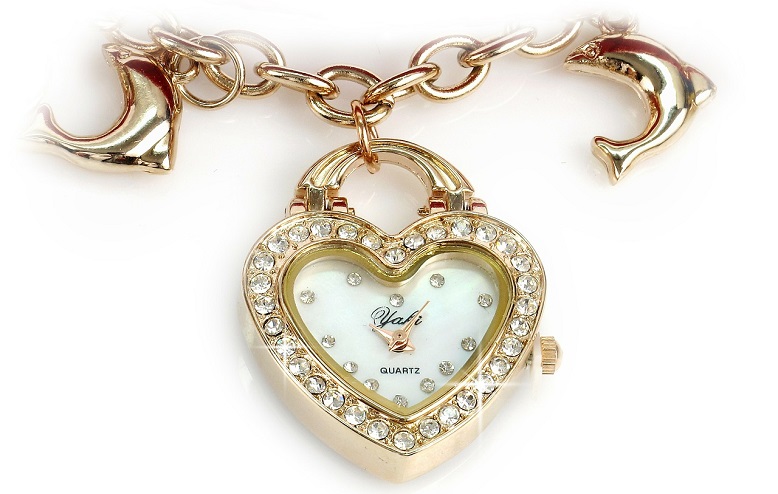 15. Happiness resides not in possessions, and not in gold, happiness dwells in the soul. ~ Democritus

16. Hunger for gold is made greater as more gold is acquired. ~ Aurelius Clemens Prudentius

17. I don’t like to have to pan for gold when I read. ~ Jonathan Carroll

18. I have always felt that if a man gives you a solid gold key to his door he is entitled to the courtesy of a visit. ~ Hedy Lamarr

19. I like a man who can be a real friend, has a good sense of humor, a good pair of shoes and a healthy gold card. ~ Victoria Adams

20. I’m very proud of my gold pocket watch. My grandfather, on his deathbed, sold me this watch. ~ Woody Allen 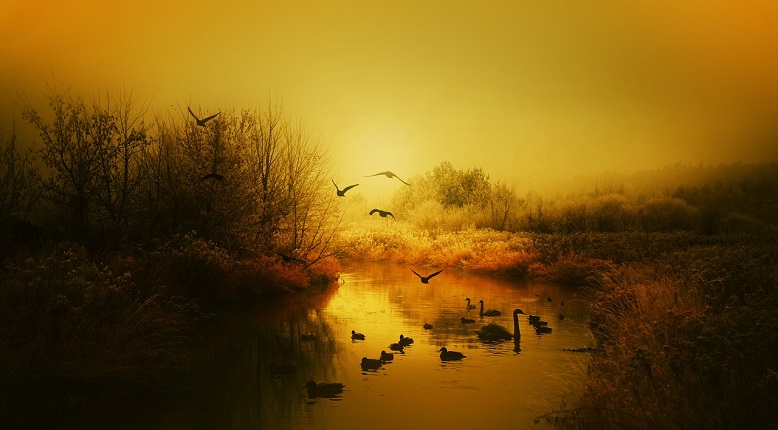 21. Make new friends, but keep the old; Those are silver, these are gold. ~ Joseph Parry

22. More gold has been mined from the thoughts of men than has been taken from the earth. ~ Napoleon Hill 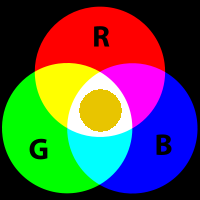 Gold implies money & power and is a lucky color too.

A combination of Gold and Blue is believed to bring financial independence and stability in at least one culture. Does anyone know which one it is. If so leave a comment and link to where it documents this belief. Thanks.

If you are one of the many people whose favorite color is GOLD please enter a comment below indicating that is your favorite color.