Lucky Colors – is your favorite color your lucky color? 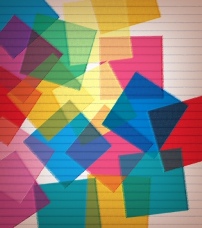 Many Colors - What's your lucky color?

Colors can be beautiful, soothing, and lucky colors, among many other things. Colors can influence your mood, make rooms and objects brighter or more subdued.

Different colors act as a messenger when used in stoplights and other signaling devices.

According to ancient writings, each color has a special significance in attracting or repelling the power of the planets. 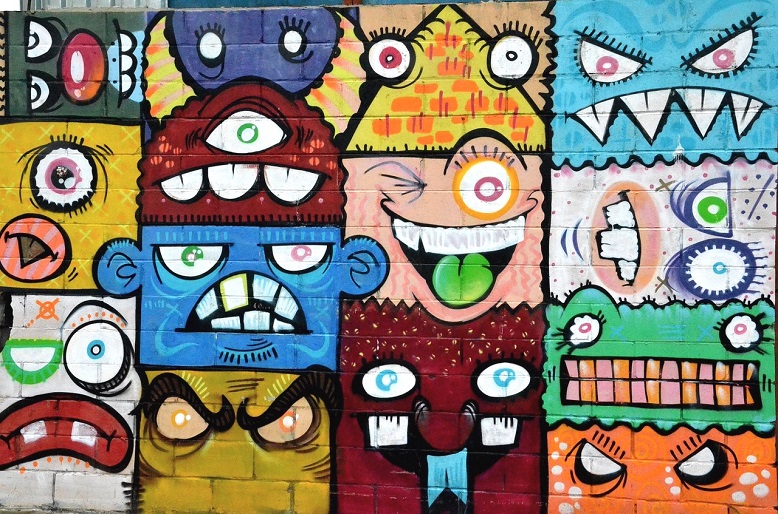 There are two common ways of producing colors:

Additive color – is light created by mixing together light of two or more different colors. Red, green, and blue are the additive primary colors normally used in additive color systems such as projectors and computer terminals.

Subtractive coloring – uses dyes, inks, pigments, or filters to absorb some wavelengths of light and not others. The color that a surface displays comes from the parts of the visible spectrum that are not absorbed and therefore remain visible. 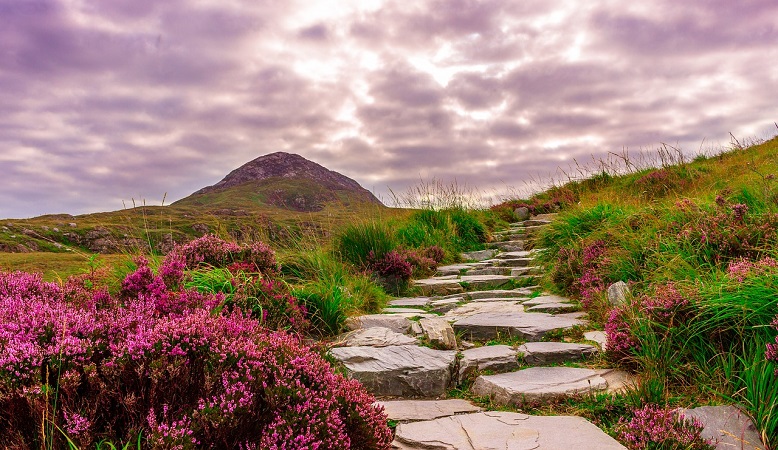 The Color of Objects

An objects color depends on both the physics of the object in its environment and the characteristics of the person’s eyes and brain. Physically, objects can be said to have the color of the light leaving their surfaces.

A triangular prism, dispersing light; waves shown to illustrate the differing wavelengths of light. The white beam represents many wavelengths of visible light, of which 7 are shown, as they travel through a vacuum with equal speeds. The prism causes the light to slow down, which bends its path by the process of refraction. White light, represented here by a white beam, is actually made out of light of several frequencies (colors) traveling together. These basic frequencies of visible light are part of what we call visible spectrum, and it is only tiny part of the entire electromagnetic spectrum. This model is not entirely accurate. White light cannot exist on its own (as can be misunderstood from the beam).

That normally depends on the spectrum of the incident illumination and the reflecting properties of the surface.

It also depends as well on the angles of the reflecting surface and viewing angle. Some objects not only reflect light, but also transmit light or emit light themselves, which also contribute to the color. 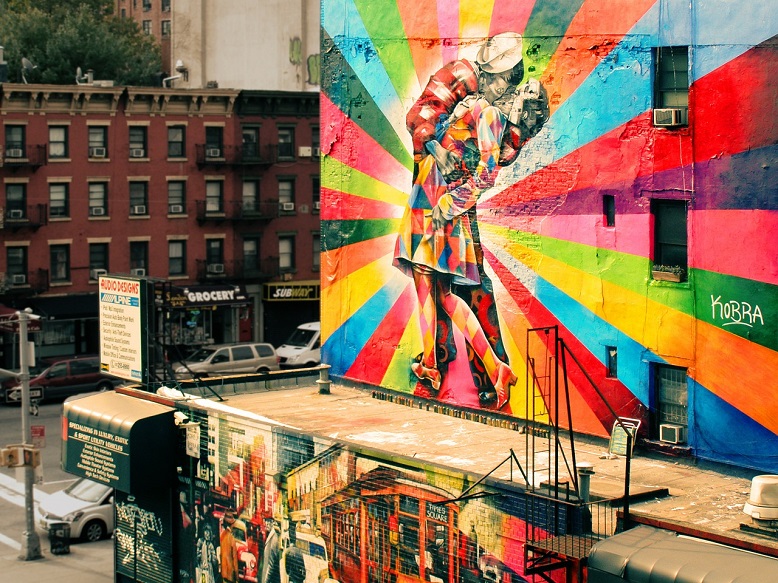 To summarize, the color of an object is a complex result of several properties:

All of those properties contribute to the different wavelengths of the light leaving the surface of the object. The color that is perceived is then further conditioned by the nature of the ambient illumination. It is also conditioned by the color properties of other nearby objects. Finally, the color is perceived by other characteristics of the perceiving eye and brain. 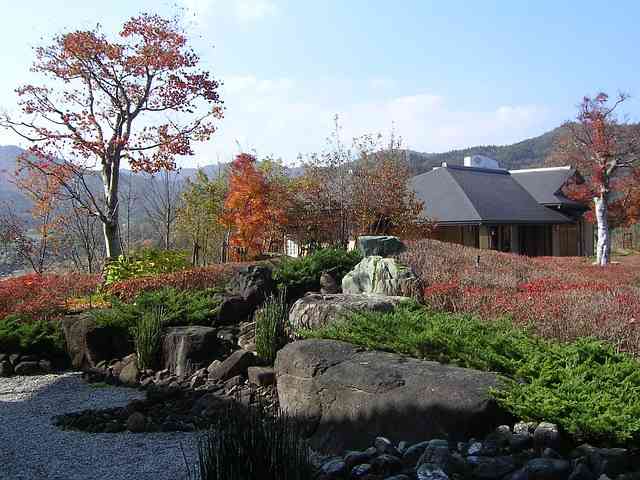 All the colors can be created from three basic colors such as used in TV – red, green, and blue. However, you might be surprised to know there are practically an unlimited number of actual colors.

For our purposes, however, less than a couple of dozen have been given meanings. Some color meanings are described below.

Truth has but one color, a lie has many. Sanskrit Proverb

There may be conflicts in what different people say about the meanings of the different colors. 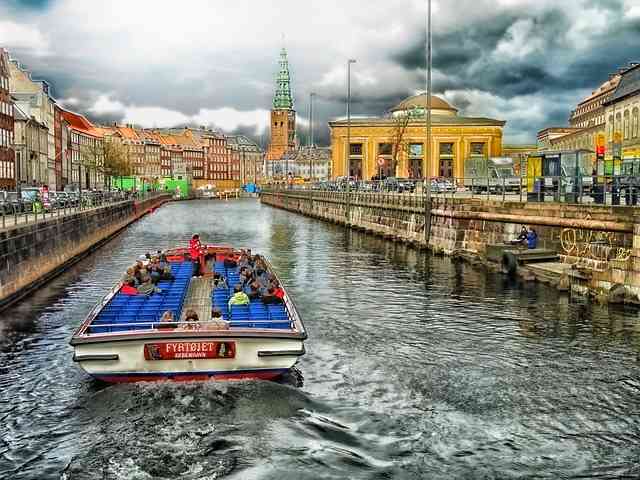 There seems to be no definitive definition of some of the colors. So all this means to use your own judgment. That’s especially the case when some shades of colors are close to another color.

Here is a brief summary of some basic color meanings found in various books and literature: 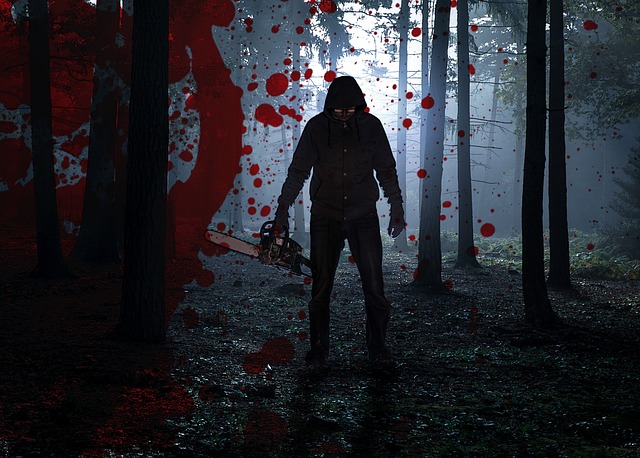 Saturn is attracted by black. Since Saturn has a negative effect on children, youngsters are cautioned never to wear black clothing. It is a good color, however, for persons born under the signs of Libra, Aquarius, or Capricorn.

In some cultures black in general symbolizes the unknown, unconscious, danger, mystery, and darkness. It also symbolizes death, mourning, hate or malice, but also dignity.  One only has to look at TV or the movies to verify these uses of the color black. Go to a funeral and the color black is unmistakable. 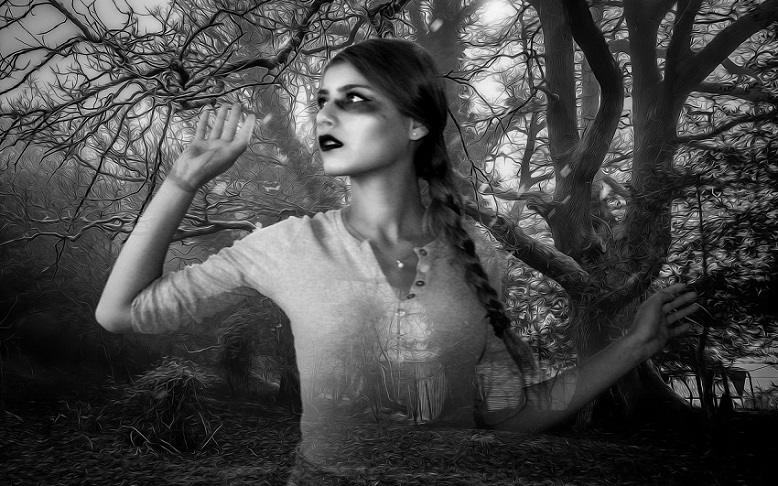 According to Color Psychology the color black has these qualities:

I like bold colors but usually wear black. ~ Mayim Bialik 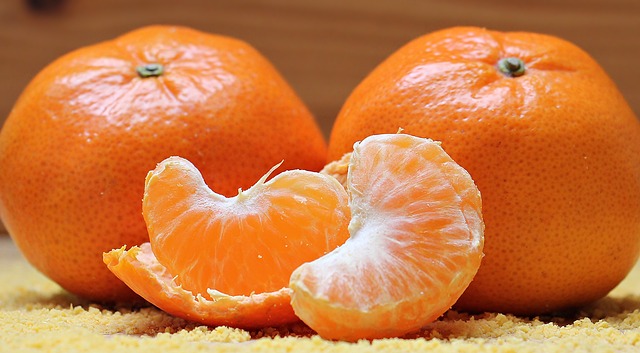 A Few Meanings of Orange around the World 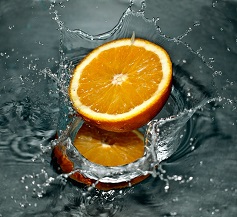 California is a fine place to live – if you happen to be an orange. ~ Fred Allen

The color blue associated with Venus as well as the color of the sky. Blue has been sacred in religions dating back to prehistoric times. 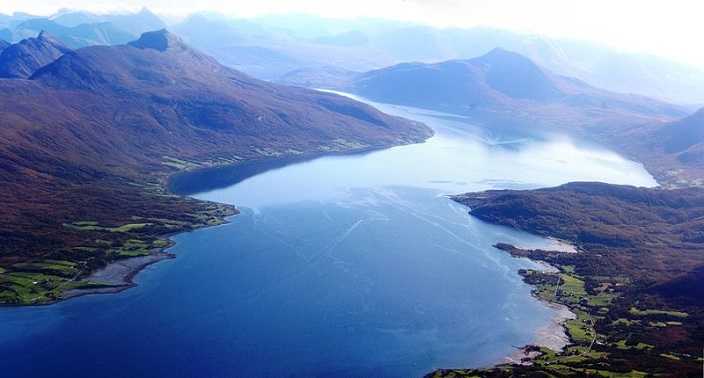 Today it is associated with the Virgin Mary. We sometimes say we are “blue” when we are in a sad or down mood.

Still, the color blue is a happy, even lucky color for most of us. And when we have unexpected good luck, we often say it came “out of the blue.” It is an especially lucky color for people born under the signs of Aquarius, Libra, and Taurus.

Blue colored neckbands have been worn for centuries by nursing mothers in parts of Europe. They believe the color blue protects their babies from fevers. And what bride would tempt fate by walking down the aisle without “something borrowed, something blue”?

I’m not too modest of a person. I’ve got a pretty blue sense of humor. ~ Michelle Monaghan

The color brown is not generally considered a lucky color except in very light shades. Those born under the sign of Cancer are advised to avoid brown color altogether.

I think I’m right-brained, incapable of managing my way out of a brown paper bag. ~ Jeremy Grantham 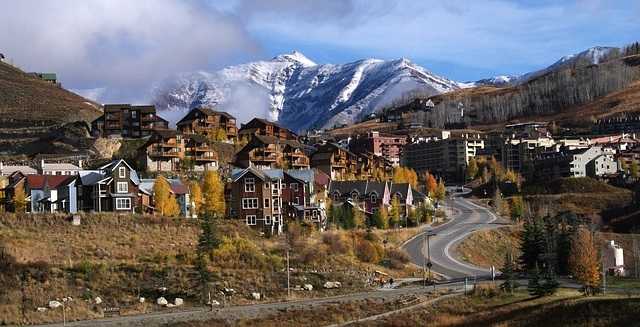 One of the most common theatrical superstitions is that green should be avoided at all costs. The tradition began in the days when stages were lit by limelights, which burned lime, producing a greenish light that made anything green nearly invisible. 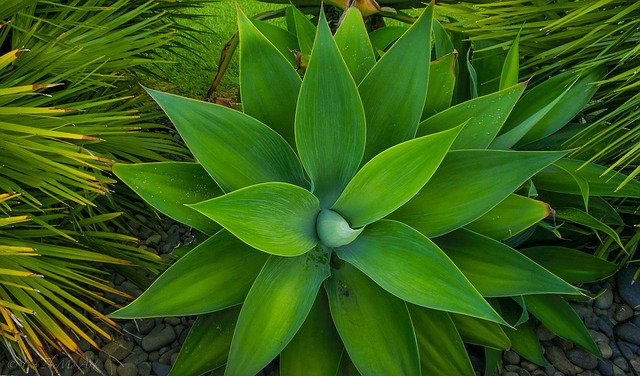 In the Middle Ages, it was believed that the color green was the color of fairies and other “little people” who didn’t like the idea of sharing it with mere mortals. In Ireland, leprechauns notwithstanding, green is considered the luckiest of colors. It is also a lucky color for those born under the signs of Aquarius and Capricorn.

Green is one of my favorite colors – emerald green. ~ Rachel Tucker

Purple is considered the color of royalty since the ancient Phoenicians extracted purple dye from sea creatures and sold it around the world at incredibly high prices. 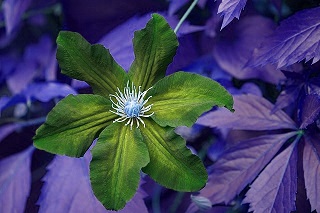 Purple is an exceptionally good color for anyone who wants to get lucky – especially people born under the sign of Pisces or Sagittarius.

I think it pisses God off if you walk by the color purple in a field somewhere and don’t notice it. ~ Alice Walker

People born under the sign of Libra of Taurus may find red color an unlucky color. 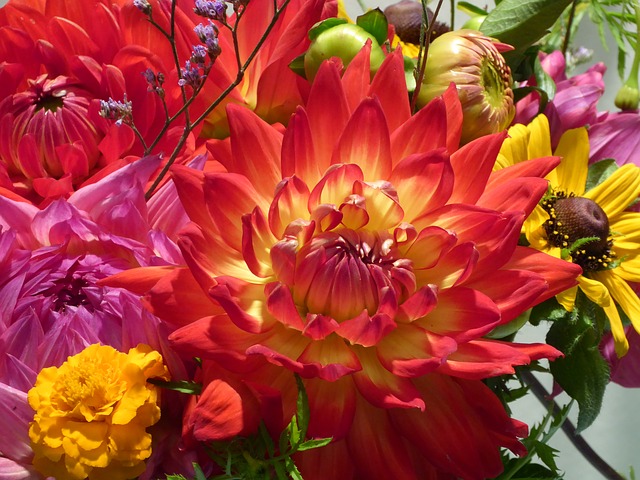 But those whose birth date falls in Aries or Scorpio should wear the color red for good luck.

The ancients believed that a talisman written in red was double powerful. In China and other parts of the East, no other color can compete with the color red or has as much power to bring good luck.

Better than any argument is to rise at dawn and pick dew-wet red berries in a cup. ~ Wendell Berry 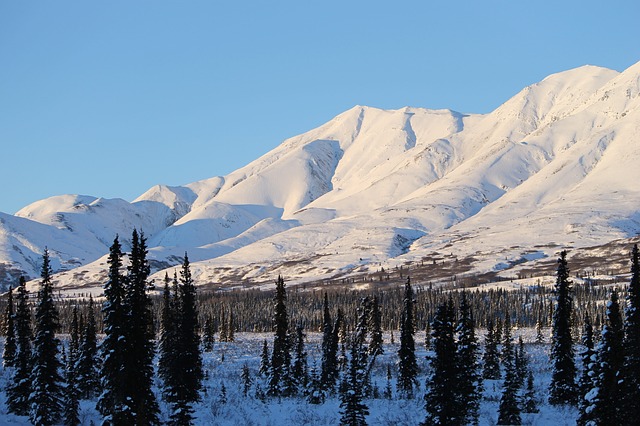 The classic color of purity, white (or silver) is especially lucky for people born under the sign of Cancer, Gemini or Virgo.

Though in some cultures, a white horse, a white cat of a white mouse are all considered very unlucky, in general, the color white can bring you good luck.

White is actually one of my favorite colors. I have a white car. I love white. ~ Kim Kardashian 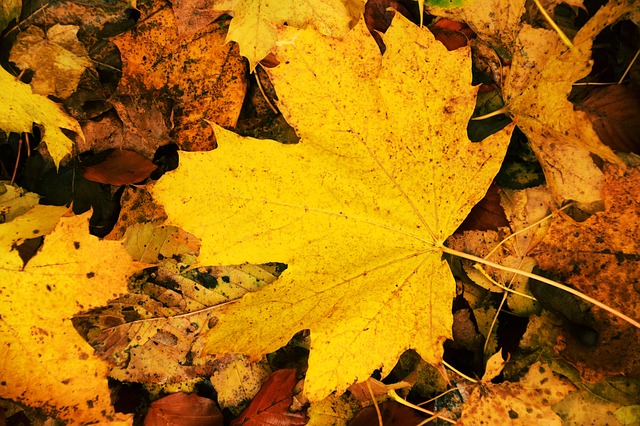 As the color associated with the sun, the color yellow or gold color is lucky for just about everyone. People born under the sign of Virgo or Taurus might disagree. It can bring them misfortune, some say. But it is the lucky color of Leo.

I really just want to be warm yellow light that pours over everyone I love. ~ Conor Oberst